This web site uses cookies. By continuing to browse the site you are agreeing to our use of cookies.

Opie Oils have made it as simple as possible to find the right exhaust valves and sensors to keep your vehicle running at its optimum, just use our lookup to find products matched to your specific vehicle. 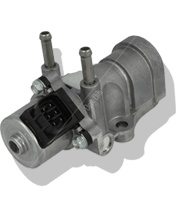 Browse all our:
EGR Valves

Browse all our:
EGTS Sensors 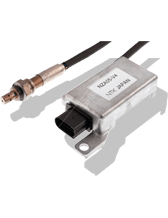 Browse all our:
NOx Sensors

The EGR valve (Exhaust Gas Recirculation) is an anti-pollution device designed as a method of reducing the amount of nitrogen oxide expelled from the vehicle. As the engine heats up the oxygen and nitrogen in the engine's combustion chamber can combine to form nitrogen oxide. EGR valves work by recirculating a precise portion of engine fumes back through the engine. These recycled, carbon dioxide rich exhaust fumes cool the engine and displace some of the oxygen that would otherwise be drawn into the engine. Because the engine is cooler and the oxygen levels are lower less nitrogen oxide is produced.

The Exhaust Gas Temperature Sensor (EGTS), which is located in front of the Diesel Oxidation Catalyst (DOC) and/or in front of the Diesel Particulate Filter (DPF), detects exhaust gas temperature and converts it into a voltage and feeds back to the engine ECU with the voltage signal in order to control engine conditions to reduce emissions effectively.

Nitrogen oxide sensors (NOx Sensor) are typically a high-temperature sensor built to detect high levels of nitrogen oxides within exhaust emissions of an automotive vehicle. Sensing the gases is only half of the process, the reason these devices are in place is to trigger a re processing, or loop back system, which traps NOx, commonly referred to as combustion optimization.